Washington farmers, ranchers, and agribusiness leaders met in Wenatchee November 15 – 17 for the 102nd Washington Farm Bureau (WFB) Annual Meeting. The conference included delegate business sessions where members worked together to finalize the policies and priorities that will guide the organization in 2023. At the close of the business session, the delegate body elected their 2022-2023 Leadership team.

Rosella Mosby, a King County vegetable farmer was elected to her second term as State President. She and her husband, Burr, operate Mosby Farms providing hand-weeded and hand-harvested vegetables to the Puget Sound region’s grocery chains and produce houses, as well as local food banks. Prior to her state leadership position, Mosby served as the King-Pierce County President and State Board Member. Mosby was first elected in 2021 as WFB’s first female President. Over the last year, under her leadership, Washington Farm Bureau has seen much growth and earned American Farm Bureau awards in Advocacy, and Engagement & Outreach.

Joining the Farm Bureau leadership team is Adams County rancher, Bridget Coon. She and her husband, Paul, ranch alongside family, raising Simmental-Angus-Gelbveih cross cattle. Additionally, they farm 800 acres of deep well-irrigated and dryland hay, rotational wheat, and other feed crops like barley. Bridget owns a marketing agency serving local agriculture and food & beverage clients, assisting them with traditional and digital communications. Bridget served as the WFB Young Farmers and Ranchers chair in 2013 and competed in both the American Farm Bureau Discussion Meet and Excellence in Agriculture contests. Most recently, she has served as the Adams County President since 2019 and the WFB State Membership Committee chair since 2020. She joins the WFB officer team as First Vice President.

Anne Lawrence, a Clark County farmer was re-elected as Second Vice President. She has served WFB members in this role since 2019. Prior to her state leadership position, Anne served as the Clark-Cowlitz Farm Bureau Vice President and as a State Board member. She maintains her involvement with her county through their scholarship program. She and her husband Nelson have grown a wide variety of vegetables, greens, herbs, tomatoes, garlic and cut flowers, sold retail by subscription for decades. They are now transitioning into specializing in annual and perennial cut flowers for the retail market. Anne also served as 2022 Annual Meeting Committee Chair.

“Agriculture is what brings us together every year. We emerge from Annual Meeting with a renewed focus, and energy, ready to cultivate a bright future for our growing, passionate grassroots members,” shared President Mosby.

Over 200 members and guest were in attendance, including special guests from American Farm Bureau, Idaho Farm Bureau, and the Director of Agriculture, Derek Sandison. At the Annual Meeting banquet, WFB Legislators of the Year, Senator Judy Warnick and Representative Mike Chapman were recognized, and each offered their encouragement for the organization’s work. 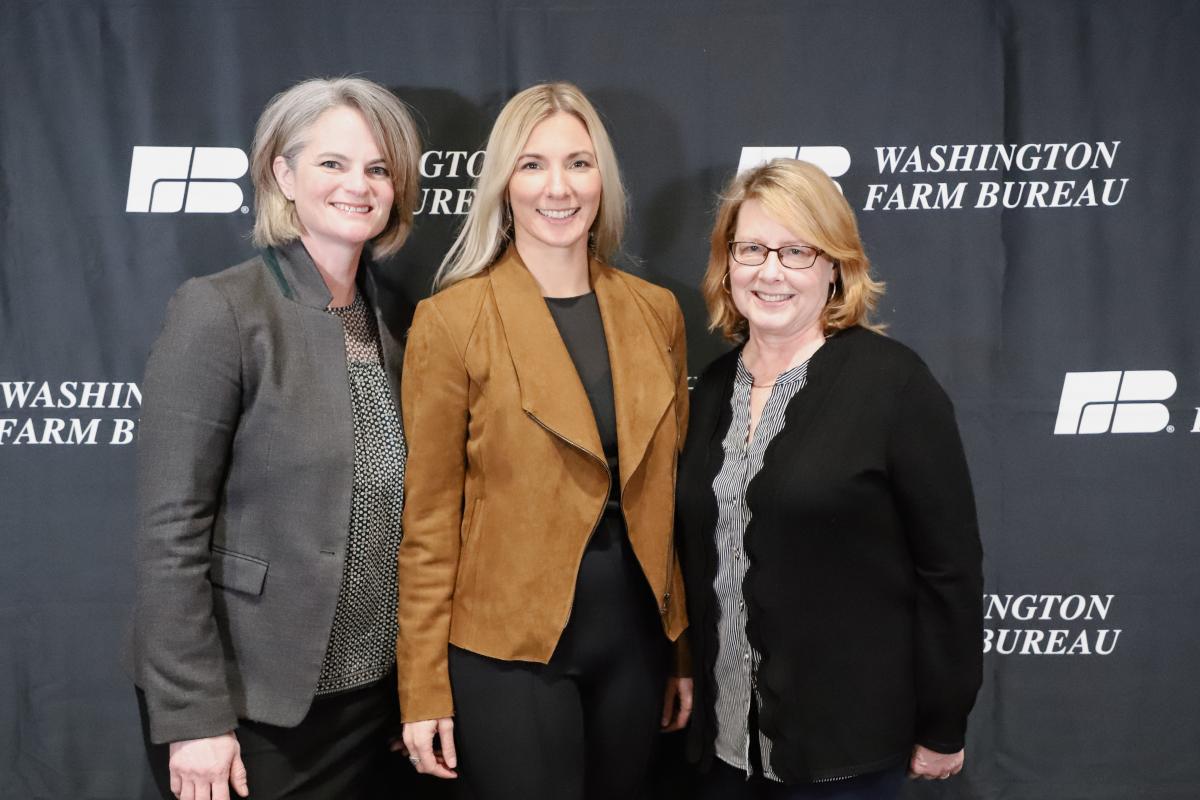