LACEY, Wash. – The Washington Farm Bureau announced today that Rep. Larry Hoff (R-Vancouver) and Sen. Curtis King (R-Yakima) are this year’s recipients of the Legislator of the Year award for their leadership and exceptional dedication to working on key issues important to Farm Bureau members.

As the highest-ranking Republican on the House Labor and Workplace Standards Committee, Rep. Hoff plays a significant role on employment issues that directly impact a farm operator’s ability to remain economically viable.

In the Senate, Sen. King is the highest-ranking Republican on both the Transportation and the Labor and Commerce committees – two extremely important committees to the people who grow and raise our food.

“Rep. Hoff and Sen. King were instrumental in protecting farmers and ranchers from the unfair consequences of the WA Supreme Court’s DeRuyter decision,” said Washington Farm Bureau President Mike LaPlant. “During the 2021 legislative session, the relentless work and dedication of these individuals created the opportunity for a more thoughtful, workable bill to be passed that dealt with ag overtime and retroactive compensation.  For that, we are sincerely grateful.”

“Both of these legislators went above and beyond for their constituents, and for all of us involved in agriculture,” LaPlant said. “We are honored to award our Legislator of the Year award to Rep. Larry Hoff and Sen. Curtis King.” 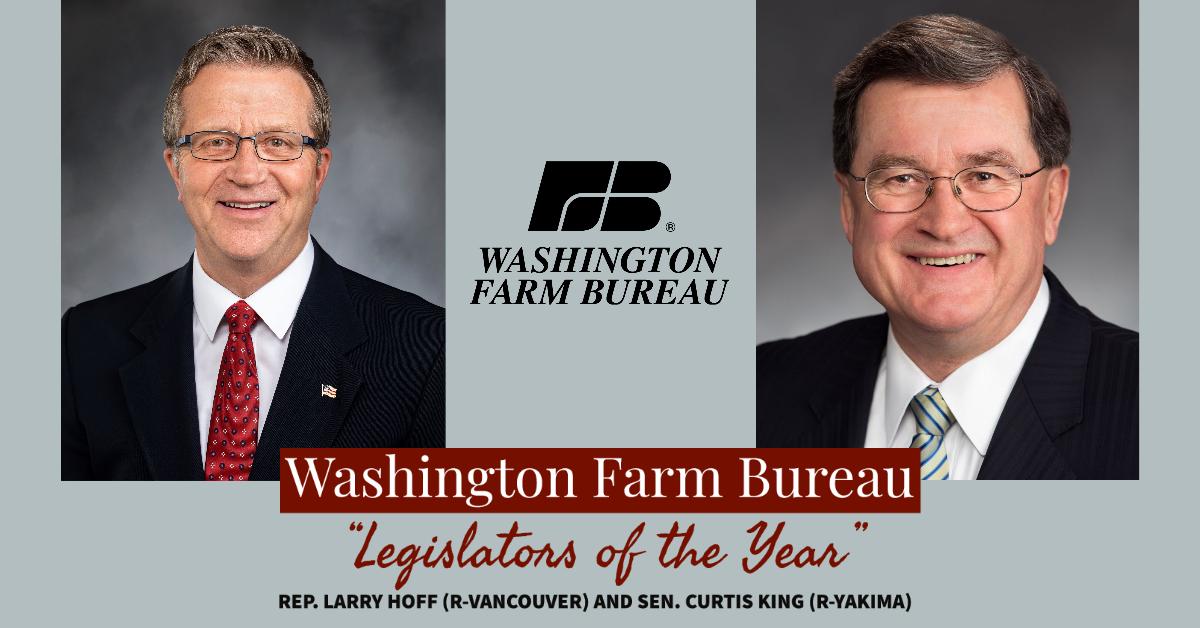